“My ultimate goal is to create a village that is Korea’s answer to Italian Cremona, in which the whole village is dedicated to making stringed instruments,” said luthier Kim Sin-seok. A luthier is a craftsman specializing in the construction and repair of stringed instruments with a neck and a sound box.

A graduate in violin, the craftsman learned all the artisanal techniques needed to make string instruments from world-class maestros residing in Cremona.

Since returning from Italy in late 2014, Kim has been making handmade string instruments at her Shema String studio, located in Seocho-dong, south of Seoul.

Cremona is a small town nestled in the northern part of Italy and is best known for being home to many famous luthiers and their quality creations. The most expensive instruments in the world were created by renowned luthiers, including Andrea Amati, Carlo Bergonzi, Antonio Stradivari and Giuseppe Guarneri, all from Cremona.

The whole city has been involved in violin making for five centuries.

Kim entered college at the fairly late age of 35. Before starting her studies, Kim worked in several fields, from fashion to interior design and music-related businesses, hoping to accumulate various experiences.

Kim’s talent for music comes from her carpenter father who was excellent at playing janggo (a Korean percussion instrument).

Although Kim majored in violin in college, he found himself more interested in making instruments than playing them. At first, he began learning techniques at an instrument repair shop in strings located in Gwangju. It was this transition that prompted him to study abroad in Italy, the homeland of string instruments.

Kim saw the trip to Italy as the last challenge of her life. He also thought it would be an opportunity to see if the profession of luthier would suit him. 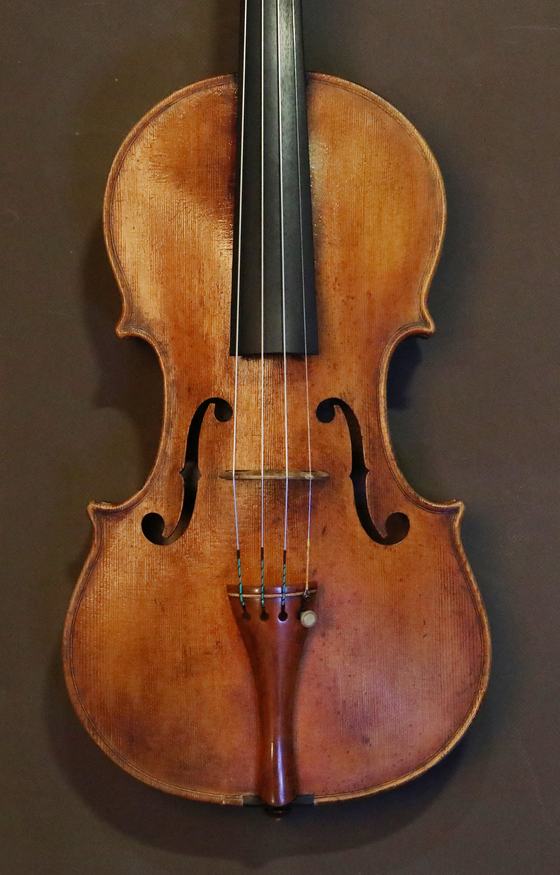 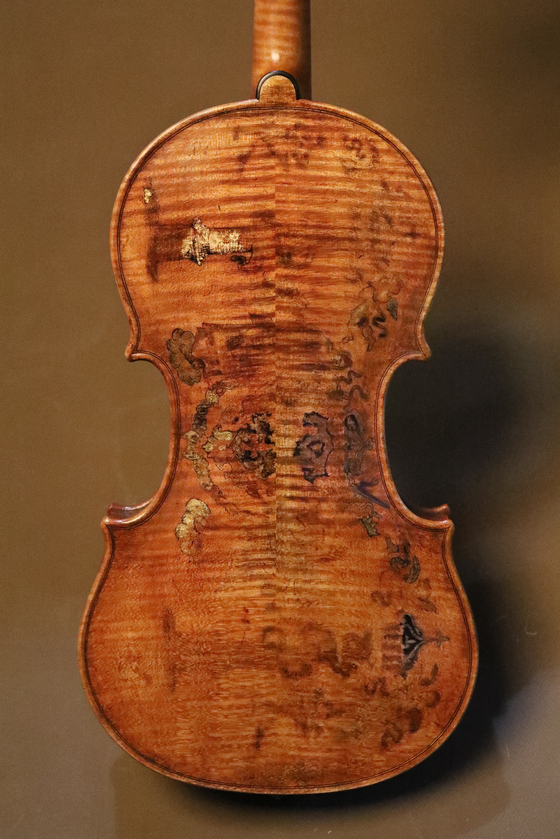 After replicating a violin made by world-renowned luthier Andrea Amati, Kim draws on the back and sides of the violin. [PARK SANG-MOON]

In school, students learn the general procedures of making stringed instruments by studying subjects such as music history, instrument-making techniques, repair techniques, and sculpting. It was an undergraduate course, which takes five years.

The most promising luthiers graduate from the school.

Kim spent most of her day studying, only sleeping between four and six hours a day. His busy schedule meant that even though he had lived in Italy for five years, he had no time to take trips within the country. He didn’t want to waste a moment away from his loved ones – his wife and two young children – back in Korea.

Kim’s tireless efforts paid off as he met two masters who had the most influence on him in Cremona.

One is Daniel Scolari, who was a teacher at the school, and the other is Marco Nolli who ran an instrument-making studio. Scolari helped Kim in every way so he could learn as much as possible from school while Nolli, the world’s best bass luthier, tried to pass on his “36 years of craftsmanship” to Kim. .

Kim completed all classes and handed in a double bass as her graduation project. He was the first Asian student to work on a double bass in school history. He returned home at the end of 2014.

Upon arrival, Kim opened her studio in Seocho-dong and created handmade violins and nurtured luthier hopes.

Among his various projects, Kim is mainly interested in the modernization of Korea’s traditional musical instruments and the establishment of a village in Korea similar to Cremona.

When a fusion string instrument ensemble is ready, Kim hopes to launch a quartet and promote the beautiful sound of Korean musical instruments to the rest of the world.

Korea’s classical music history is relatively shorter than that of other countries, but the skills of Korean luthiers are unrivalled, according to Kim. Korean luthiers have won international awards in recent years.

Korean luthiers are often said to be diligent and this attribute adds much needed detail to stringed instruments. Kim fantasizes about working with her peers when her dream musical instrument-making village is complete.

To get one step closer to that dream, Kim plans to launch a competition for amateur luthiers soon, which he hopes will then become a global event.