K-drama hunk Park Seo Joon surprises fans with his Instagram post ahead of releasing upcoming healing reality show “In The Soop” with “Wooga Squad.” Are you curious about his message? So keep reading!

While waiting for his on-screen appearances, Park Seo Joon enjoys hanging out with friends behind the glitz and glamor of show business. Additionally, he often shares glimpses of his whereabouts on social media.

On July 20, the K-drama actor posted snaps on Instagram. Park Seo Joon flaunts strong charisma in his latest photo shoot with Harper’s Bazaar. In the published photos, the male star endorsed one of the latest fragrance collections from luxury brand Chanel Beauty.

He perfectly embodies the image of the brand since Seo Joon exudes an elegance and a dreamy aura. And as of writing, the “What’s Wrong With Secretary Kim?” the newly uploaded images of the lead actor have surpassed more than two million heart reactions on said photo-sharing app.

As he prepares for his Hollywood debut through the film “The Marvels”, the South Korean star is busy with his publicity commitments and collaboration with the brand. Other than that, Park Seo Joon, along with “Wooga Squad” Choi Woo Shik, Park Hyung Sik, BTS V, and Peakboy, are set to meet viewers for the first time on a reality show “In The Soop.” “

IN CASE YOU MISSED IT: Wooga Squad flexes friendship in cozy new ‘In The SOOP’ poster

Catch “In The Soop” starting July 22 on Disney+.

What to expect from Park Seo Joon

Park Seo Joon is indeed one of the most active actors in K-entertainment today. After wrapping filming for ‘The Marvels’ in London earlier this year, the ‘Itaewon Class’ star immediately headed overseas with the staff and crew of his upcoming film with IU, ‘Dream’. .

“Concrete Utopia” adds to the list of movies fans should look forward to about Park Seo Joon. It is a disaster film that follows the story of survivors who gather in the remaining Imperial Palace apartment in Seoul, which experienced an earthquake that destroyed much of the city. The cast members are Park Bo Young and Lee Byun Hun.

The ‘She Was Pretty’ actor will play Park Bo Young’s husband in the thrilling film ‘Concrete Utopia.’ 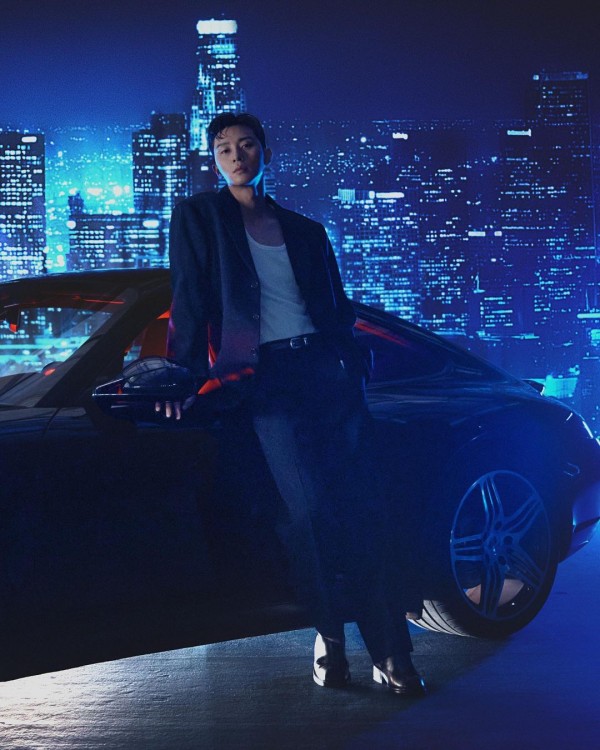 Along with movies, Park Seo Joon is finally making his dramatic comeback with “Gyeongseong Creature.” A historical-romantic series where he will share a setting with Han So Hee.

What can you say about Park Seo Joon’s latest Instagram update? Share your thoughts with us in the comments!

For more K-Drama, K-Movie and celebrity news and updates, keep your tabs open here on Kdramastars.