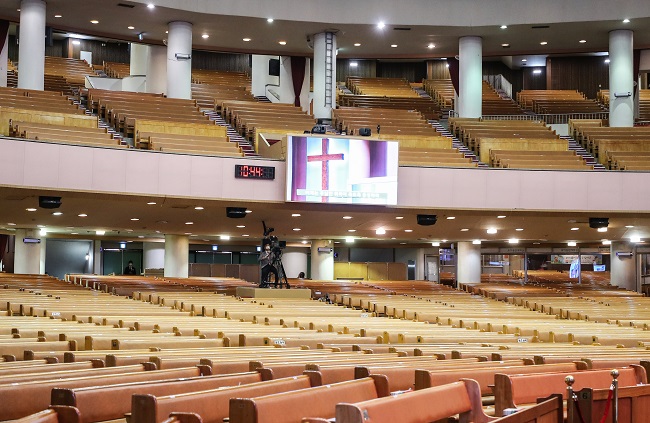 An online worship is underway at a large church in central Seoul in this file photo taken July 18, 2021. (Yonhap)

SEOUL, July 22 (Korea Bizwire) — The state rights watchdog has ruled that compulsory religious services in educational institutions are a violation of religious freedom.

Korea’s National Human Rights Commission said on Thursday it had advised a local university to add an alternative course or project to replace compulsory religious service.

A student at the university submitted a petition to the commission, alleging that the school violates freedom of religion by requiring attendance at religious services to graduate.

The commission, however, decided that church services are considered religious since their written introduction and purposes call for “fostering the spirit of Christianity” and inviting pastors as chief instructors.

The commission also found that enrollment in a school where religious services are compulsory does not indicate that students are willing to pursue any religious education.